Considering that the USA wants to put new tariffs on Japanese imported cars, trucks and auto parts after already having imposed tariffs on Japanese aluminum and steel imports, something must be wrong with the relations between Japan and the US, even if the prime minister of Japan recently said that they are good friends. 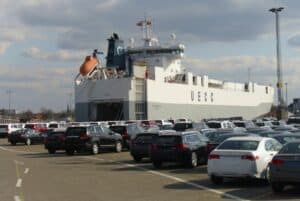 I know that many countries are getting involved in the same matter with the US, but I want to try to examine what’s wrong on the Japanese side. The Japanese way of dealing with international matters seems too compliant, or at least this is my view.

Interestingly, in response to tariffs imposed by US on steel and aluminum, as the BBC and others reported, China has already levied new taxes on $3bn worth of US goods, including wine and nuts. The EU has issued a 10-page list of tariffs on US goods ranging from Harley-Davidson motorcycles to bourbon.

Canada plans to impose tariffs of up to 25% on about $13bn worth of US exports from 1 July. Goods affected will include some American steel, as well as consumer products such as yoghurt, whiskey, maple syrup and coffee.

Mexico said it would impose countermeasures on a variety of U.S. goods, including steel and a host of agricultural goods such as pork, apples and cheese.

EU and  Canada last Friday filed legal challenges at the World Trade Organization against the US decision.

Every country affected by the measures is taking action (not least in order to prevent further new barriers in future I would say) except Japan. It’s not clear what Japan will do.

In March when the US slapped the tariffs on Japanese steel and aluminum imports, there seemed more or less no answer from the Japanese side, nothing similar to what other countries are doing now.

Unfortunately since last month, the US administration is studying further new measures that will include Japan again, and this time for Japanese imported cars, trucks and auto parts.

Invoking a national security threat is not reasonable at all. The Japanese car industry has made massive investments in the US, created thousands of jobs and business opportunities in the US.

Far more than last time, there is a concrete risk that the Japanese economy will be hurt strongly by these new measures. To my knowledge there are no import tariffs on importing foreign cars into the Japanese market, the market is free to enter and then it’s up to the consumers buying one car or another one. This article says: “American companies say protectionist policies keep them out. The reality is more complicated.”

Considering the situation, my question is why doesn’t Japan make an effort to reach out to the foreign community living in Japan and seek advice, ideas or direct help in dealing with international matters like these?

Why don’t people in positions of power in government, dealing with these issues create an opportunity to brainstorm with the foreign business community here?

I think that Japan – both the government and some of its companies large and small – should trust the foreigners that already live in Japan more and leverage their unique perspective of understanding both sides.

It is arguably a dangerous situation in front of Japan; how can we as the foreign community living in Japan, help Japan in dealing with international matters more efficiently?

What can we do as foreigners? 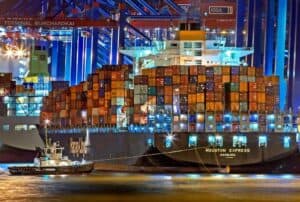 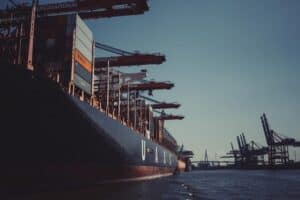 This article was written by Michele Cervellione currently working for a Japanese company, in the overseas market and logistics department.